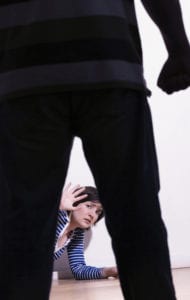 The terms Domestic Battery, Domestic Assault, and Domestic Violence are often used interchangeably. However, in West Palm Beach FL, Domestic Battery is the official name of the offense or charge where an offender actually touches or strike another person.

What is Domestic Violence/Battery?

What happens if I am arrested for Domestic Battery?

In most cases, the person arrested will have a “No-Contact Order” imposed against them which prohibits that person from having any contact with the alleged victim and from returning home. A violation of the “No-Contact Order” can result in revocation of bond.

The violation of a “No-Contact Order” after sentencing in arrest and is a separate charge in and of itself. Florida Statute 921.244.

What are the consequences of a Domestic Battery conviction?

Domestic Battery is a first-degree misdemeanor that can carry serious consequences.

Florida law also provides for mandatory jail sentences of 10, 15 & 20 days, where the offender has intentionally caused bodily harm to another person. Florida Statute 741.283.

A conviction can also affect your job as well as child custody and visitation.

Many times couples or family members reconcile following an arrest and the victim declines to prosecute. An attorney can assist in having a waiver of prosecution affidavit prepared and provided to the State prior to the filing of formal charges.

Often times there is a lack of any witness(es) to the alleged Battery or lack of evidence to establish that a Battery occurred.

Contact my office today to schedule a free strategy session with our domestic battery attorney in West Palm Beach and Palm City to discuss your defense.